So there I am baking in my car in the intense July sun about to leave my parking space in the half-empty Aeon lot. However, I don’t do anything more than nudge the very tip of my nose out because someone is about to drive past me. They have the right of way – but then for no apparent reason, they slow down. I gesture to emphasize that I’m not about to advance, waiting expectantly for them get past so I can finally pull out myself.

But then they hesitate even more, now slowing to a crawl. At this point, they are almost directly in front of me — when they come to a complete stop. What follows is that awkward flurry of hand and head movements indicating, ‘You go’ ‘No, you go’ like the Chipmunks on the old Bugs Bunny cartoons (the over 50s will know what I mean). The entire escapade ends up meaning that neither of us move while we roast in the reflected sunlight and now a few other cars have started to back up behind Mr. Politeness. 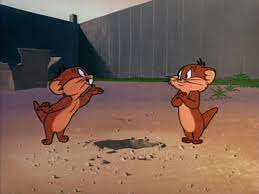 In Japan, politeness manifests itself as deference and hesitation. My own instincts run closer to the notion of politeness meaning that I get the hell out other people’s way as soon as I can. Politeness of the hesitation sort can be extremely annoying – although I’m sure that in turn my movements come across as very aggressive.

Like in the ordering line at Tully’s (or McD’s), where people hover 6 feet from the person in front and do their best to look like they aren’t really lining up to order their coffees because looking too eager to get ones order in would appear childishly impatient… and therefore impolite (yes, long before social distancing became a thing). They often look like they are waiting for their finished orders, perusing the overhead menu, or waiting for friends, so you get behind the last person who’s obviously in line, only to sniff the faint air of psychic ‘tut-tuts’ for (apparently) having butted in. 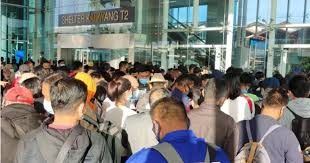 Or like that guy in the right turn lane who stops 30 meters behind the car in front because getting too close to the other car’s butt end might be seen as pushy – but instead it means that the car behind him can’t fully enter the turn lane thus impeding all the traffic behind. Politeness leading to annoyance.

It happens in the classroom too.

Take my two-students-at-a-time role play test. The students are all waiting for their turns in the hall. I go out of the classroom and call the next two, Tanaka and Watanabe, in. I then go back to my table, preparing for Tanaka and Watanabe, noticing the door close behind me. The door has closed behind me because while Tanaka is ready to enter Watanabe is struggling to get her ‘Sha-pen’ from her pencil case. It would be impolite for Tanaka to stop the door — since it is part of the teacher’s classroom — from closing as would it be for him to enter first; Politeness requires that they enter together. So Tanaka allows gravity to take its course and lets the door close.

Soon come the inevitable knocks on the door, because, hey, it would be impolite for a student to open the door without my explicit permission. So I have to get up, go over, and open the door for them once again. I then say, ‘Ok, have a seat’ while I take mine and start jotting some notes. Now I see that they are hovering near their seats but are clearly avoiding sitting in them. After all, it would be impolite for them to do so, so they wait for me to explicitly say, ‘Sit down please’. Then I tell them to write their names at the top of the test form in Romaji. They hesitate by waiting for each other to start writing, in case they didn’t get my instruction correct. It would, of course, be impolite to ask me ‘Sorry, what?” with the possible implication that I was the problem, so instead they perform that bobble-head doll dance that uncertain people affect. 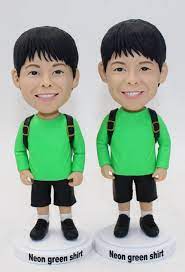 This is just… unsettling

In this test, these students are supposed to be role-playing doctors – or nurses. But most adopt that very submissive posture that you might affect if taking a job interview with the Imperial Household Agency. To come across as what I would consider to be professionally relaxed – or competent – would be… impolite.

First-world problems, I know, but so much politeness can actually be a hassle. It takes up everyone’s time. It forces me to intervene. To be overly explicit. It creates tension where none is necessary.

There are numerous ways in which annoying student politeness can rear its head in the Japanese English classroom:

Of course this is a double-edged sword. One of the great jots of living in Japan is that people here don’t pick fights or get in your face, are not contentious and/or abrasive, display patience, foster humility, value orderliness, aim to fulfill what they think you want of them, do a thorough job, and manifest a high degree of social trust. I find the notion of using indirectness in order to save the face of others to be highly civilized and tasteful. I am very comfortable with the social distinction between expressing surface and inner thoughts (‘honne’ and ‘tatemae’). And, if you have any social sensitivity you start to mirror most of these things after a few years yourself. But it doesn’t always bode well in the English language classroom. 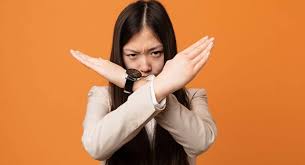 Can you spot the subtle signal of refusal?

So, here are some of the classroom behaviours I have come to carry out to work around politeness:

Japanese politeness is probably the one thing that can most easily throw a new foreign teacher for a loop and actually result in a negative classroom impact (except for children’s classes, as kids are often refreshingly oblivious to the nuances). Knowing how the system works, and then, how to ‘work’ the system makes for better outcomes. And, ultimately, that might be the politest move of all.